The Complete Guide To Yoruba Traditional Weddings In Nigeria

Chances are high, that if you are reading this article, you are attending a Yoruba traditional wedding soon and would like to know what it involves. The Yoruba people are known for throwing a good party and having a great time, and their weddings are no different. Yoruba traditional weddings are usually full of life, color, and fun. Let’s not even talk about the food.

Nigerian weddings are generally loud affairs, but if you are having a Yoruba traditional wedding, what should you expect to happen that is specific to the tribe? We’ve compiled a list of activities you should expect to happen before and during the traditional wedding. However, each family might decide to do things differently, but it would mostly follow the pattern below.

BEFORE THE TRADITIONAL WEDDING DAY

The groom and his family will usually visit the bride’s family to announce his intention to marry their daughter. This doesn’t have to be a formal affair and is done so that members of the two families can get to know each other. This introduction is also not limited to only the immediate members of the families. Extended members of both families are allowed to attend. During this event, both families will agree on the traditional wedding date and the bride’s family will present the engagement list (or eru iyawo in Yoruba) to the groom’s family

The eru iyawo is a Yoruba traditional practice that the groom brings to show appreciation to the bride’s family for raising a fine daughter. The oldest person from the bride’s family is usually responsible for presenting the eru iyawo list to the groom and his family. This can be the bride’s father, but in the case where an older person is available, such as an uncle, he will have to consult with this person.

A Yoruba traditional wedding day, just like every other wedding ceremony, starts with the groom and bride getting ready (check out our list of favorite makeup artists in Lagos). Time for photographs of the couple in their Yoruba traditional dress will also be planned at some point during the day, either before the main event or after, depending on how things go (If you need a wedding photographer in Lagos, click here).

The Yoruba traditional wedding outfit is usually made from the fabric known as aso oke. Other materials such as lace or damask can also be used. The bride will usually wear iro and buba (wrapper and top) along with gele (head-tie) made from the fabric they choose. The groom, on the other hand, will wear a trouser and a top made from the same material, along with an agbada and fila (cap).

Aso ebi is one part of Yoruba traditional weddings that has become so popular that it is now seen at weddings of other tribes in Nigeria and Africa. Aso ebi (family cloth)  is the material that the family chooses to wear. So all the members of the bride’s family will choose a certain material in a certain color that all members will sew (usually in different styles) and wear. The groom’s family will also pick their own material and color. Friends of the couple usually have their own separate aso ebi and this is the main reason why Yoruba traditional weddings are colorful events.

The Yoruba traditional wedding ceremony is usually moderated by two MCs known as alaga. These are usually older women from both families. The alaga iduro (standing MC) represents the groom’s family while the alaga ijoko (sitting MC) represents the bride’s. These women add spice to Yoruba weddings with their jokes and songs and ensure that the ceremony is fun and lively.

The groom then dances in with his friends and they prostrate in greeting the bride’s family. This method of greeting is called Idobale in Yoruba, and the guys must lay down flat completely to be accepted. This humble greeting is done to show that the groom has respect for the bride’s family and that he values their daughter who he wants to marry. The bride’s family then prays for him and he takes his seat.

The bride also dances in with her friends and greets her family who prays for her. She then does the same to the groom’s parents. After this, she kneels before her groom and the family prays for their union to be blessed. She then removes and re-wears his fila on his head to show she accepts his marriage proposal.

At this point, the alaga ijoko will ask the bride to select one item out of the eru iyawo. She will usually pick the Bible or Qur’an depending on the family’s religion. Inside this book, she’ll find an engagement ring and give it to her husband. The groom then wears her the ring. Once this is done, the bride price is paid to the bride’s family, the couple cuts their wedding cake, and the wedding ceremony concludes with prayers. The famous Yoruba party and merriment then begin.

P.S. If you enjoyed this article, feel free to check out our other wedding articles here at Ash Robin Photography.

Enjoy 25% discount on your wedding photography when you fill this form below.

We will Shoot your wedding,
If you let us...
Click Here to book a quick call,...
You have nothing to lose.
Click ....
PrevPreviousPlanning a Wedding in Lagos: 5 Big Mistakes Couples Make and How To Avoid Them
NextA Wedding Planner: 3 Reasons Why You Should Hire OneNext 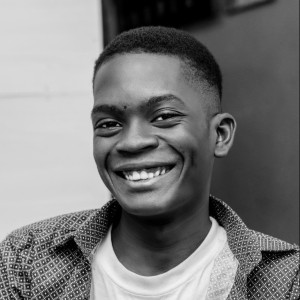 Hi, I'm Kerry. Photographer here at Ash Robin. I write in my spare time and also enjoy watching anime. Feel free to connect with me on Twitter. Let's chat!

Your Wedding deserves the most...